I met my new neighbour two doors down just before he moved in.  It transpired this is his second home.  He and his wife have a house in Leicestershire too.  In the course of conversation he mentioned they had an acre of land covered in wild garlic.  I remember reading about wild garlic making a delicious pesto and told him so.  He offered to bring some the next time he came down.

When he texted to say he was coming down the next weekend I was in despair. I wasn’t going to be around!  Luckily, I had left my Thermomix with my immediate neighbour to play with in my absence.  This is a tale of why good neighbours and Thermomix are priceless:

I texted the immediate neighbour to please take delivery of the wild garlic and to take the unopened bottle of extra virgin olive oil and pine nuts I had left on my kitchen worktop and make pesto in the Thermomix she’d borrowed.  She took possession and texted me back saying they didn’t have a small bag but a field of wild garlic in their kitchen! I didn’t feel in the slightest bit guilty because I knew with the Thermomix to do it the only hassle would be washing and drying the garlic leaves.  With the large capacity TM bowl she’d only have to whizz up one lot,maybe two with the oil and pine nuts, salt and parmesan and the end product would be reward enough.

Well, I can’t tell you how amazing that pesto is!  Both neighbours had some and there were still 4 bottles left for us!

That’s not all, there was so much that she made wild garlic soup adapting the recipe for the Thermomix very easily and there were three bags of that in the freezer. 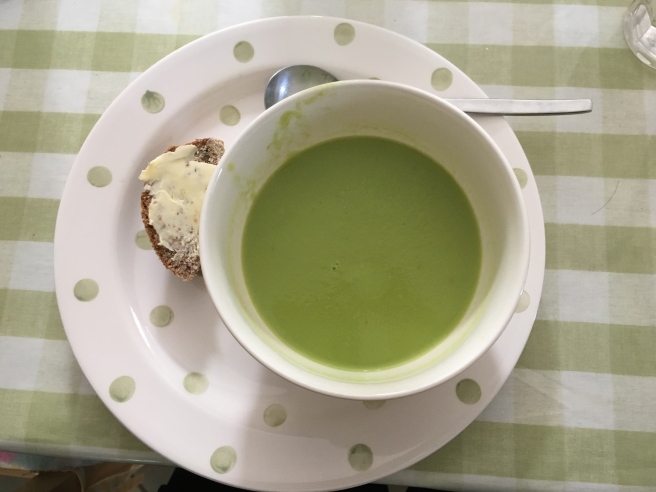 When I got back I experimented making mung beans with the left over wild garlic using my simple dhal recipe in my Curry Base book. Divine! 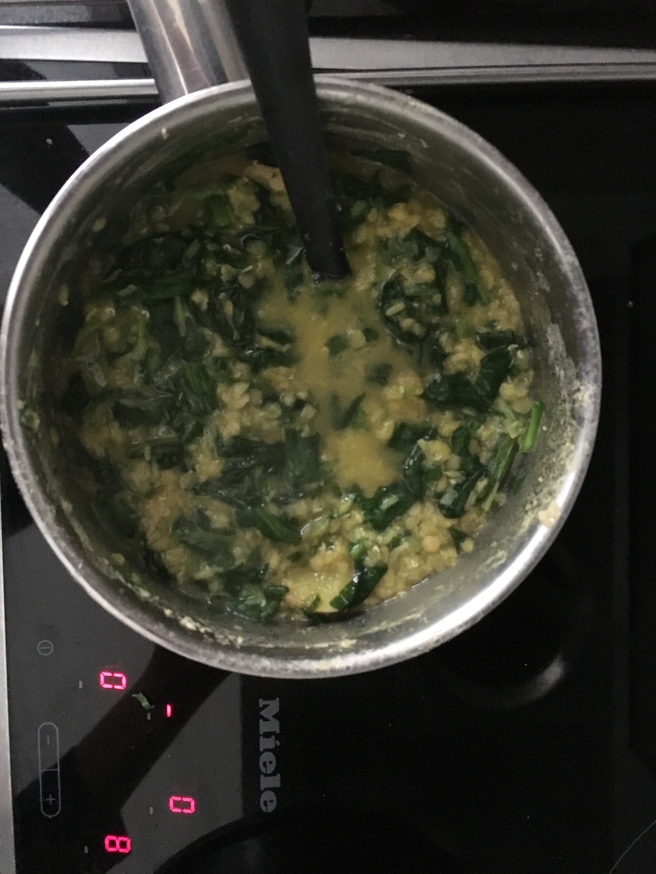 Now if we roll the film reel back to the same time last year, pre-Thermomix,  this is what would have transpired:

As things stand, all neighbours are happily stocked with delicious pesto and all looking forward to another delivery, if not this season then certainly next Spring!  Thanks again to my TM5 for making cooking such a friendly doddle!